Most people, upon discovering water damage in their home, immediately worry about how far the damage actually goes, especially if it has permeated into the walls and foundation. This is a valid concern, as water can do a great deal of damage to these hidden areas and impact the value of a home for the long term.

Upon filing a claim, however, you may find that your insurance company doesn’t seem to care much at all about this issue. Claims adjusters often seem concerned only with the damage that you can actually see, and not other problems that might not be all that apparent at first glance.

Why is this? It’s quite simple — the more insurance adjusters find when they come to inspect your home for water damage, the more it will ultimately cost the insurance company. Thus, it’s their job to minimize that expense as much as possible.

Mr. and Mrs. Katz of Boynton Beach, Florida found themselves in this situation on an extreme level. When the retired couple discovered water damage in their home, they filed a claim with their insurer, Hartford Insurance Company. The home experienced visible mold damage and needed some repairs in the kitchen, family room and living room. When the adjuster arrived to inspect the space and looked at the damage, however, their claim resulted in an offer of just $2,500 after the deductible — ignoring the mold damage. 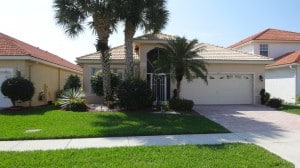 When they filed their homeowner’s insurance claim they were offered a settlement of $2500. After Advocate Claims got involved, they received a payment of $29,000! 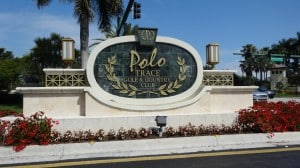 Of course, Mr. and Mrs. Katz knew that this was a drastically insufficient estimate for the extensive damage done to their home. After receiving advice from a friend, the couple sought out Advocate Claims Public Adjusters to revisit the claim and see if a better result could be attained.

The value of a second opinion

A public adjuster with Advocate Claims stepped in and immediately lined up appointments with multiple professionals, including a mold testing company that evaluated the mold, a mold remediation company that determined how much mold remediation would cost and a general contractor to conduct the needed repairs.

In addition to this work, Advocate Claims tracked and recorded the costs associated with all of the damage and repairs, helped to resubmit the claim and tracked the entire process. With the thorough evaluations and meticulously tracked expense reports, Mr. and Mrs. Katz received a new insurance claim relief payment of $29,000 — an increase of $26,500! 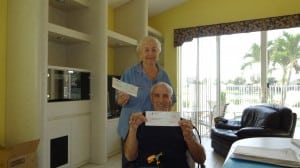 Retired Couple of Boyton Beach that used Advocate Claims as their public adjuster!

This case highlights the importance of working with a Florida adjuster if you believe your insurance company is not providing you with the responsiveness you need during a difficult time. Ideally, you should consult a public adjuster before you submit an initial claim, but these professionals can also help at any point in the claims process.