Sandra K. of Miramar, Florida, woke up one morning to find her feet squishing in water when she walked on her laminate wood floors. She quickly called a plumber, who determined that her water heater had burst.

Sandra was not sure if she should put an insurance claim on her record, so she called Advocate Claims Public Adjusters. After discussing the damage done to her home, she told her public adjuster that she had tried to clean up the water, but that her walls were still wet. The public adjuster advised Sandra to hire a professional water cleanup company and to not throw away her water heater. Because the plumber had already taken the heater out of the home, she asked for it back to show it to her insurance company. Failing to take this key step could have been a major hurdle in the way of getting her claim paid in full.

After that, Sandra met with a representative of Advocate Claims, who discussed with her the insurance claim process. Considering that she is single mother and a busy professional, she decided she needed the public adjuster help so that she wouldn’t have to worry about devoting the enormous amount of time and energy that the insurance claim settlement process would take. 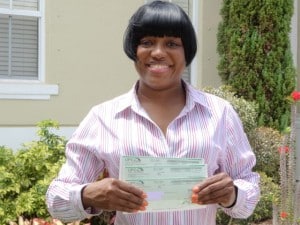 Advocate Claims Public Adjusters met with the independent adjuster, who inspected Sandra’s home for the United Property & Casualty Insurance Company. Because the independent adjuster had no authority to negotiate or settle the claim, Advocate Claims followed up with the inside claim handler at the insurance company. As is usually the case, there was a significant disagreement related to the pricing and method desired by the insurance company to properly repair Sandra’s home.

After much prodding by Advocate Claims to the insurance company, Sandra was able to receive an additional $20,000 above the insurance provider’s initial settlement offer. She can now get her home properly repaired thanks to the compensation she received through this process.

Advocate Claims Public Adjusters serves home and business owners throughout Florida, including Palm Beach and Broward counties. To speak with an experienced public adjuster today, call today and let a public adjuster help you get the total settlement you deserve! Call 954-369-0573 or contact us online.